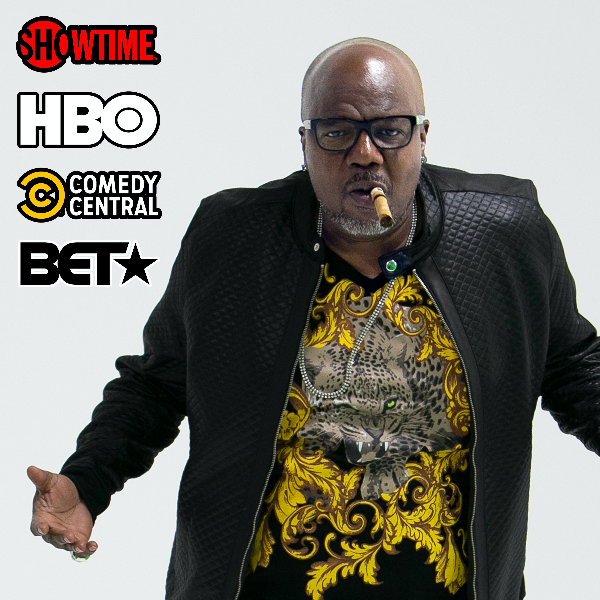 Comedian, actor and voice-artist, Earthquake earned a strong fan-base in stand-up comedy via programming platforms fueled by BET, HBO, Comedy Central, Showtime and more. He enteredAmerica’s households on the classic run of BET’s Comic View and HBO’s Def Comedy Jam,wowing audiences with performances for HBO’s coveted 30-minute comedy special series, One Night Stand. A stand-up circuit favorite, Earthquake filmed a string of comedy specials, includingAbout Got Damm Time, Walter Latham Presents, From the Outhouse to the Whitehouse and more recently These Ain’t Jokes which premiered on the Showtime Network. ‘Quake’ has alsobeen a fixture of the Shaq’s All Star Comedy Jam DVD Collections and various other comedycontent collector’s DVD’s as well. Comedian Earthquake has enjoyed a string of cameoappearances on prime time television as well. He is mostly known as the beloved ‘Uncle Mike’from the hit sitcom, Everybody Hates Chris. Recently, he made a guest appearance on BounceNetwork’s, In the Cut and the Wanda Sykes produced Face Value airing on the BET Network. Hehas also blessed the talk show circuit with appearances on ABC’s The View, Fox Television’s The Real, TBS’s Late Night with Conan O’Brien and many more; however, his most memorableappearances were on Howard Stern and HBO’s Bill Maher. Quake’s film credits include animatedfavorite Barnyard, Something Like a Business with Kevin Hart, Getting Played with Vivica Fox, IceCube’s The Longshots and the Kevin Smith cult classic Clerks II. And he has provided inimitable voice work for Nike and Beats by Dre respectively.